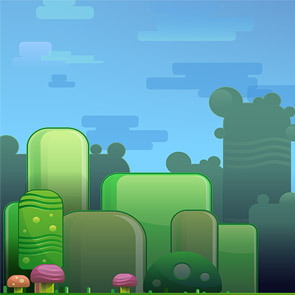 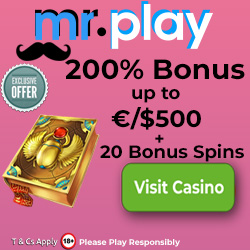 Posted on August 9, 2017 by Abrielle Hämäläinen

NetEnt’s Emoji Planet Slot is a 6 reel, 5 row slot based on the new age millennial phenomenon that are Emoji’s.

What is the RTP of NetEnt’s Emoji Planet Slot?

Mr Green Casino has the jump on all other NetEnt Casino so you can play the Emoji Planet Slot there right this instant! 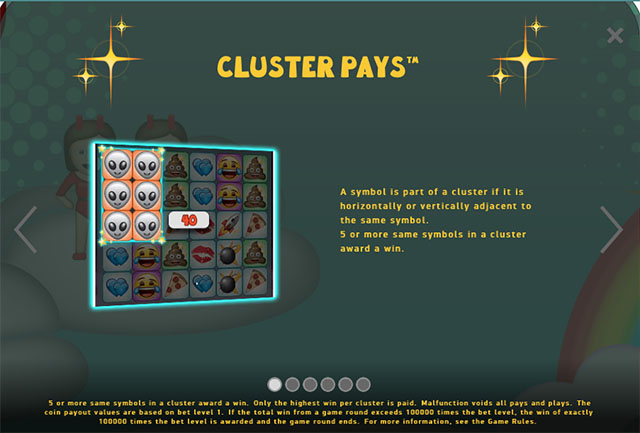 It features a Cluster Pays gaming engine which we first got introduced to on another NetEnt Slot, Aloha! Cluster Pays!

The Cluster Pays engine dictates that any 5 symobls in a cluster will produce a win.

A symbol is part of a cluster if it vertically or horizonatally adjacent to the identical symbol. 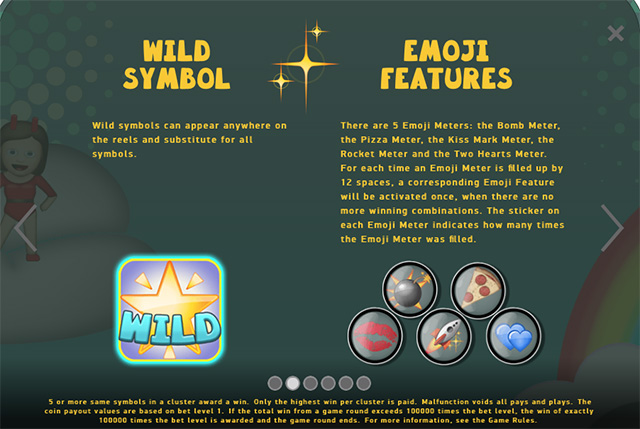 There are 5 Emoji Meters which fill up when you get a cluster of the particular Emoji forming a winning combo.

A cluster of 12 spaces  fills up the Emoji meter.

Multiple Emojis can be filled up at the same time.

The 5 Emoji meters are represented by the Kiss Mark, Bomb, Rocket, Two Hearts and Pizza.

The Emojis Planet Slot also features the Avalanche feature which you have seen from the Cult Classic Gonzo’s Quest aswell as Wilds, Sticky Wilds.

The Bomb Feature | The Pizza Feature 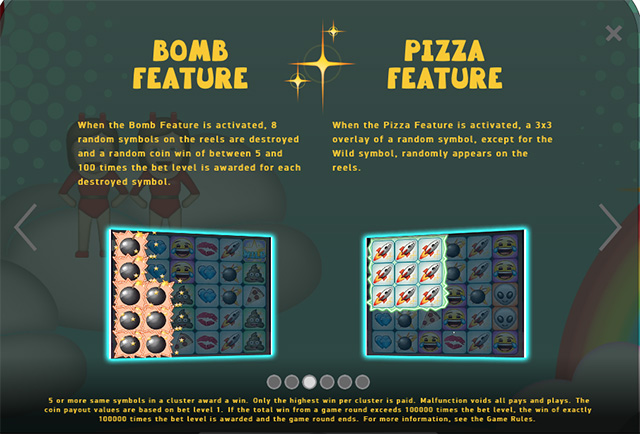 The Bomb feature causes all kinds of explosive goodness because when it is activated it awards a coin win of between 5 and 100x.

When the Pizza feature is triggered a 3×3 cluster of a random symbol will appear on the reels causing massive wins! 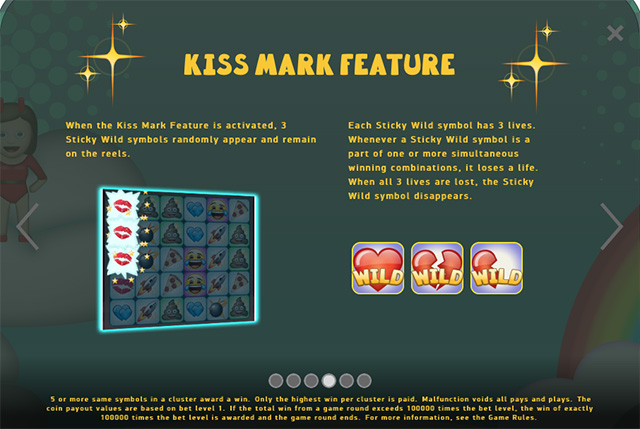 The Sticky Wilds will have 3 lives and will stay on the reels for three consecutive spins! 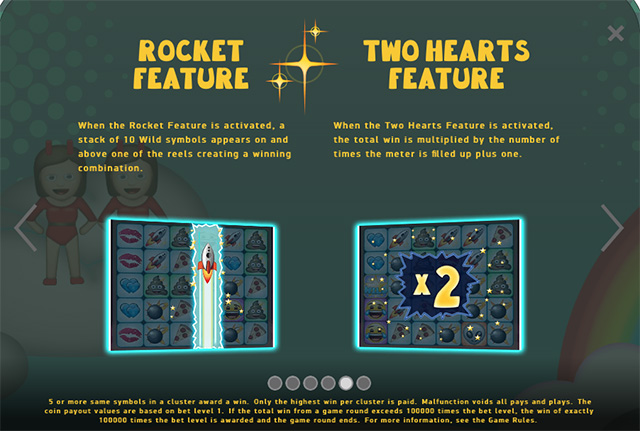 When the Rocket feature is triggered a rocket will SHOOT out of the bottom of the reel leaving 10 wild symbols in its trail which cause massive wins! 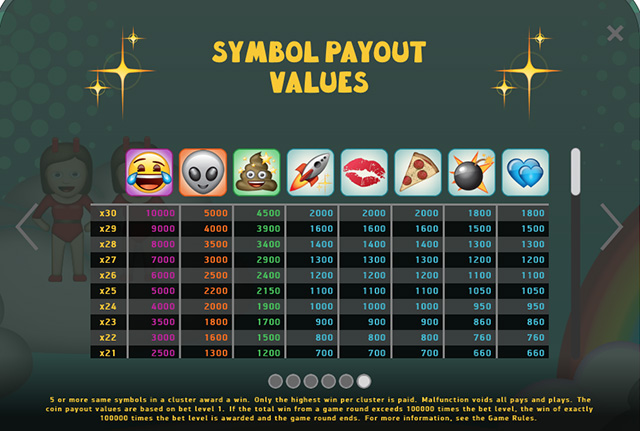