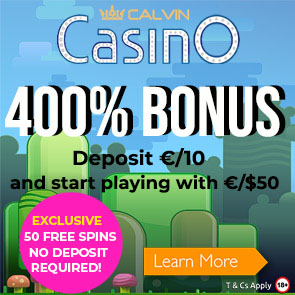 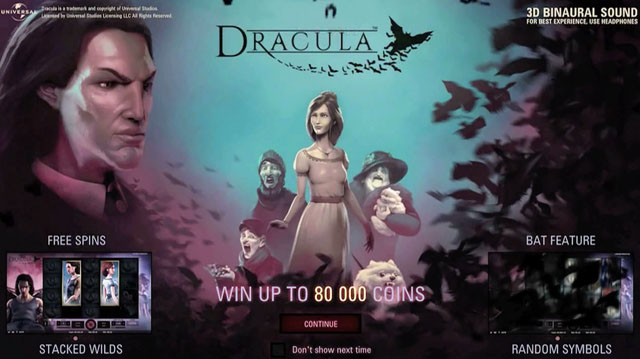 The Dracula Slot is NetEnt’s April 2015 release and is poised to hit all casinos on the 23rd of April.

The Dracula Slot is a 5 reel 40 pauline slot loosely themed around the 1931 Dracula movie by Universal Pictures.

It appears that NetEnt has a pretty solid business relationship with Universal Pictures as we’ve seen a lot of the old catalogue of movies get their own online slot machines such as Creature from the Black Lagoon & Frankenstein. 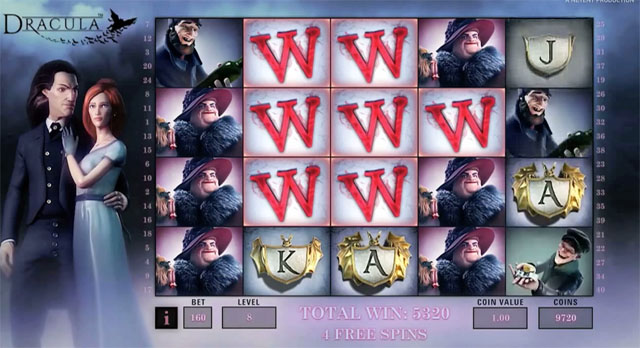 The Dracula Slot has a 930’s style with crisp animation and great game play.

The Bat feature is triggered randomly during game play when bats fly across the reels.

When the bats land on the reels, the reels will turn into the same symbol.